DTV Group formed in the 1980's to support undergraduate video production and television distribution at Brown University (BTV) and Harvard University (HRTV). We helped to build multi-camera switched video studio facilities for both universities. We also built Quad Sound Studios, an eight-track analog recording studio for Harvard undergraduates to create recordings for their music portfolios. In 1988, Bob Doyle helped Matt and Patrice York launch Videomaker Magazine. Matt had been a Super8 Sound customer and noted that when Super8 Filmaker magazine was launched there were a few hundred thousand Super8 film cameras, but there was as yet no magazine for videomakers despite over a million video cameras sold. In the early 1990's the DTV Group was loosely associated with the Boston Computer Society New Media Group. DTV Group director Bob Doyle wrote articles for the BCS New Media News. The name "Desktop" Video was chosen by analogy with Desktop Publishing (DTP). Bob Doyle had written the first DTP program, MacPublisher, in 1984, the year of the Apple Macintosh introduction. Bob was the eleventh certified Macintosh developer. The proposal accepted by Apple was to build a color video title generator called MacVideo. Instead, Bob, his son Rob, who had just graduated from Commonwealth School, and his wife Holly wrote the first page layout program for Macintosh. 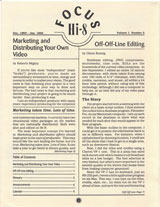 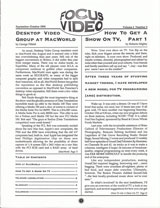 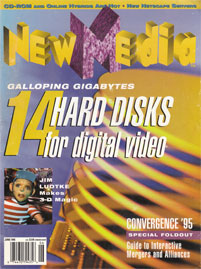 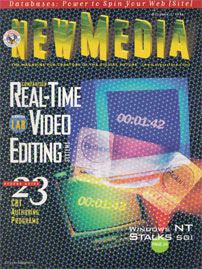 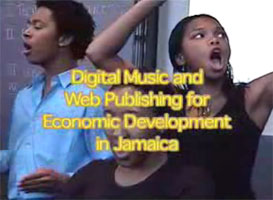 In 2003, DTV Group collaborated with Professor Charlie Nesson of the Berkman Center to send video production tools to Jamaica. skyBuilders also sent web servers with their "timeLines" information management software. DTV Group member David Pearson, executive director of Shawmut Education carried the computers and MiniDV video production gear to Jamaica. While there he met with the Ministers of Education and Technology and he trained dozens of Jamaicans. The Harvard Law School Berkman Center for Internet and Society subsequently held a day-long conference on economic development, with one hour devoted to Jamaica. Bob Doyle, David Pearson, and Jamaican filmmaker Barbara Blake-Hannah collaborated on a 25-minute film on Digital Music and Web Publishing in Jamaica describing the Harvard work in Jamaica. It is available on the web. In 2003, DTV Group recorded the OSCOM and Bloggercon conferences at the Harvard Law School Berkman Center for Internet and Society and published them as web video.

(Click for an expandable panoramic view of BloggerCon, with Bob Doyle recording video and Chris Lydon the sound)...

Including the OSCOM and Bloggercon conferences at Harvard, DTV Group has recorded over 80 hours of videos at conferences on content management and structured publishing for CMS Review, who published them to the web. From 1973 to 1978, the Desktop Video Group Director, Bob Doyle, was the CEO of Super8 Sound, where he pioneered double-system synchronous sound recording and editing for Super8 Professionals. As a full member of the sound engineering committee of the Society of Motion Picture and Television Engineers, Bob helped specify standards for digital synchronization signals between Super-8 film cameras and audio tape recorders.

The Super8 Sound Catalog became the definitive equipment reference for Super8 filmmakers. It went through three editions with an average circulation of 15,000 copies.

This Version:
Archived at: https://www.dtvgroup.com/index.2.en-us.html
Next Version:

This Version:
Archived at: https://www.dtvgroup.com/index.2.en-us.html
Next Version: